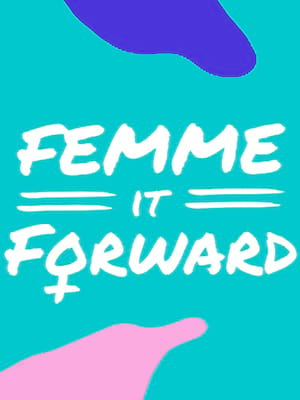 It may be a man's world out there, but the entertainment universe is equally lit by the brightest female stars.

Why See Femme It Forward?

Some of the most respected women in music unite for an exciting tour that celebrates talented women in the industry and features performances from Brandy, Lil Mo, Amerie, Deborah Cox and many more! Live Nation Urban described the event as highlighting "the entertainment industry's most creative and accomplished female visionaries, both on the stage and behind the scenes."

BRANDY AND DEBORAH COX TO HEADLINE

Singer, songwriter, and actress Deborah Cox made her name known in 1995 with her self-titled debut album, which steadily rose its way to receiving gold certification. The lead single off the album, 'Sentimental', landed in top 5 of the US Hot R&B/Hip-Hop Songs, and the follow-up track 'Who Do You Love' gained worldwide success!

Brandy had a similar start to her career, with her debut album being a huge success, peaking at number 20 on the US Billboard 200. Brandy went on to sell over six million copies worldwide, with tracks 'I Wanna Be Down' and 'Baby' both reaching the top of the Hot R&B Singles chart and gaining Gold and Platinum certification.

This concert is a powerful ode to women in music everywhere.

And before you stop reading

About Wilmington Theater: We are an independent show guide not a venue or show. We sell primary, discount and resale tickets and prices may be above or below face value.

View all times and dates

Sound good to you? Share this page on social media and let your friends know about Femme It Forward at The Queen.